Wales Gene Park and Into Film Cymru present a free, unique screening of the film Jurassic Work: Fallen Kingdom as part of the Into Film Festival 2018.

Film: It’s been four years since theme park Jurassic World was destroyed by dinosaurs out of containment. Isla Nublar now sits abandoned by humans while the surviving dinosaurs fend for themselves in the jungles. When the island’s dormant volcano begins roaring to life, Owen and Claire mount a campaign to rescue the remaining dinosaurs from this extinction-level event.

Post-film talk: Dr Rhys Jones is a Cardiff University Lecturer, reptile specialist, environmental consultant, researcher and broadcaster for the BBC, The Smithsonian Channel, National Geographic and the Discovery Channel. Rhys has presented three series of the BBC One primetime network series “Rhys Jones’s Wildlife Patrol”, for which he received a BAFTA nomination. He has also presented on Sir David Attenborough’s BBC “Saving Planet Earth” programme to mark the 50th anniversary of the BBC Natural History Unit. Rhys will lead an interactive session with the students, discussing the topics covered in the film and asking the question Just because it might be possible to genetically engineer a dinosaur, should we do it? Join us for what promises to be an exciting and thought-provoking event! 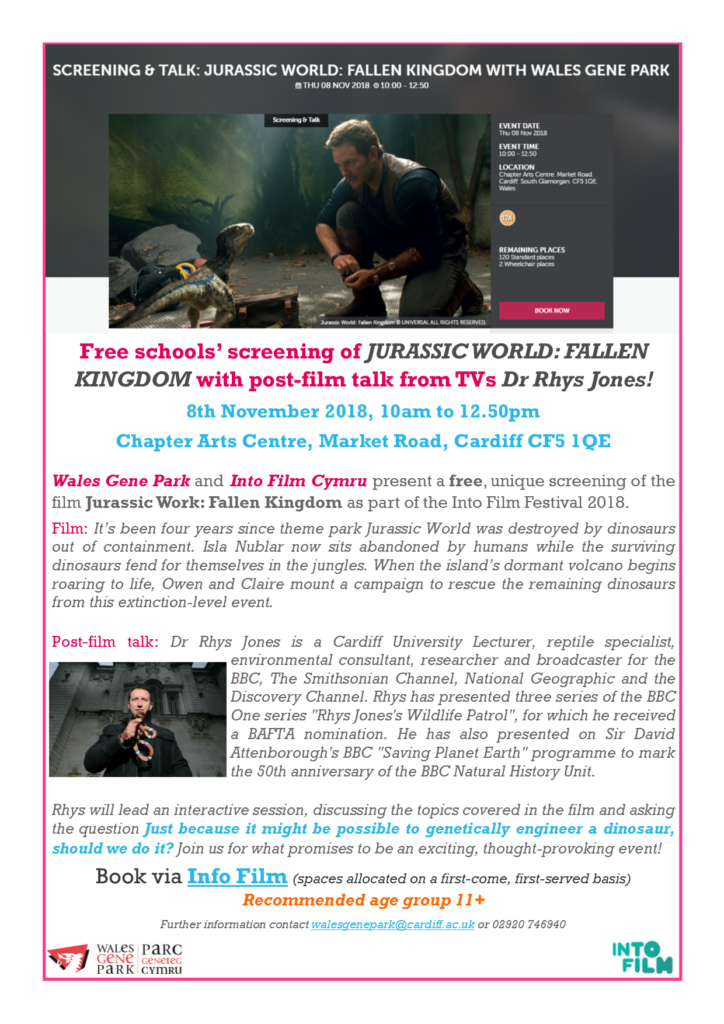