The podcast drama Tremolo – a collaboration between Wales Gene Park, Illumine Theatre and Theatr Genedlaethol Cymru, supported by the Genetics Society – has been nominated for two BBC Audio Drama Awards! The awards celebrate the range, originality and cut-through quality of audio drama on air and online and give recognition to the creativity of actors, writers, producers, sound designers and others who work in this genre.

A nomination for Tremolo by Lisa Parry, producer Zoe Waterman, Illumine Theatre comes in the ‘Best Original Single Drama’ category, while actor Gareth Elis is nominated for ‘The Marc Beeby Award for Best Debut Performance’ for his portrayal of 18-year-old Harri who’s just finished his exams and is ready to follow his dreams when he discovers that his mother has been diagnosed with early onset familial Alzheimer’s disease, a condition Harri and his sister each have a 50 per cent chance of inheriting.

The winners will be announced on Sunday 19 March 2023 in a ceremony in the Radio Theatre at BBC Broadcasting House London and all at Wales Gene Park would like to wish the Tremolo team good luck!

If you knew you could have a serious medical condition and could find out, would you? How could this affect your friends and family?

These questions and more are explored through Harri’s story, an 18-year-old who’s just finished his exams and ready to follow his dreams. His world is turned upside down when his mother is diagnosed with early onset familial Alzheimer’s disease, a condition Harri and his sister each have a 50 per cent chance of inheriting.

Should he take a test to find out if he has it too? Tremolo offers listeners a real insight, exploring the impact of Harri’s choice on his relationships and dreams.

Tremolo is aimed primarily at students aged 16+, but also available to the wider public. It is available in both English and Welsh to listen and download via platforms including Spotify, Apple Podcasts, AM & on Theatr Genedlaethol’s website.

You can also link to it on Spotify below:

The podcast series will also feature episodes from the drama’s creative team discussing the themes of the play, as well as contributions from genetics specialists.

Tremolo is an Illumine Theatre production in partnership with Wales Gene Park and Theatr Genedlaethol Cymru, supported by the Genetics Society.

The drama is also accompanied by an education pack for schools & colleges aimed at year 12/13 students. The pack contains:

Teachers/educators can get a copy of the pack by emailing walesgenepark@cardiff.ac.uk 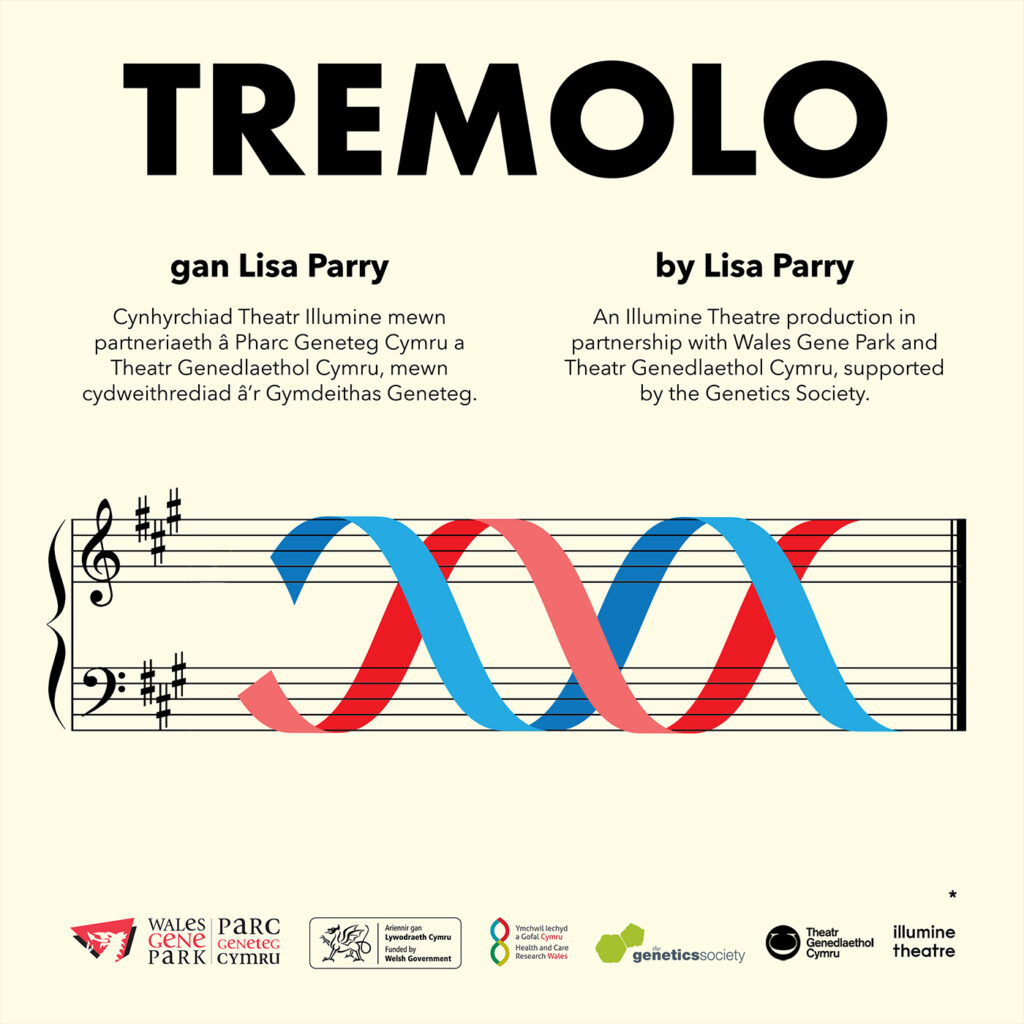